John Banovich is one of the most acclaimed wildlife artists in the United States and his art is also widely appreciated by many international collectors. He specializes in large oil canvases of Africa’s wildlife, but his work is inspired by subjects from all the continents of the globe. John is talented, prolific and dedicated – both to his art and to preserving the wild places where the animals live. To this end, he has partnered with AWF to create the Pride Initiative – a conservation-awareness and fund-raising effort that focuses specifically on preserving Africa’s largest and most social of cats – the African lion.

John Banovich’s passion and concern for all the wildlife and remote landscapes of Africa is immense, but of all the magnificent creatures on this vast continent, the African lion is the species with which he most identifies. ‘Lions are iconic animals, symbolizing so much to so many people around the world. Both past and present civilizations have immortalized the spirit of the lion and it has become a symbol of the admirable traits we humans embrace.’ Numbering well over 100 000 only several decades ago, the African lion population is now estimated at around 25 000. This disturbing decline is a result of habitat loss, increased human/lion conflict and poaching throughout the lion’s range. Viable lion populations are being pressured to live in confined areas, increasing the chance of conflict with people and reducing opportunities for genetic exchange.

To address the threats to the African lion’s future, John founded The P.R.I.D.E. initiative (Protection, Research, Implementation, Development, and Education) – a program designed to raise awareness about lion conservation, assemble a comprehensive strategy that transcends borders in those places where lions live and implement a science-based, groundlevel conservation effort. 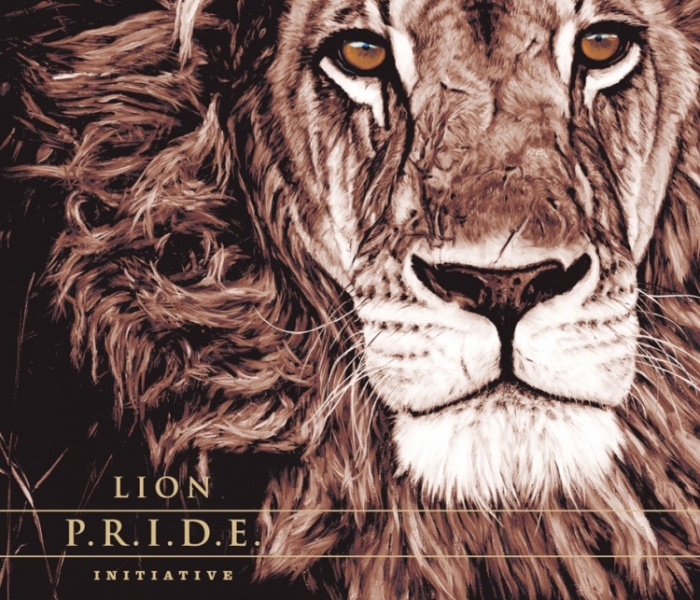